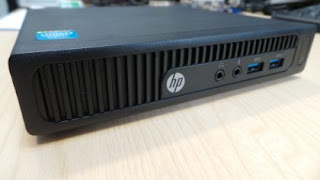 Lessons Learned Creating a DIY Holographic Capture Rig using Multiple Kinect Sensors I’ve always had a strong interest in technology and photography and consider myself to be an early adopter. I also have a passion for graphics, virtual reality and have a background in software architecture and development. Several years ago, I acquired a Kinect for Windows device, but because of USB issues on my main PC, I didn’t get around to playing with the hardware for a long time. Kinect can be notoriously fussy about which USB 3 controllers it will work with, this is a well-documented issue .   Eventually, I managed to get a USB expansion card that played nicely with the Kinect and I fired up the SDK examples to see what it could do. I was impressed, even if there was a lot of depth noise, particularly at the edge of objects - so called flying pixels. I’m not sure when it happened, whether it was prompted by getting an Oculus VR kickstarter headset (DK1) or by the birth of my daughter, b
25 comments
Read more
More posts